September into October, on Future Loss 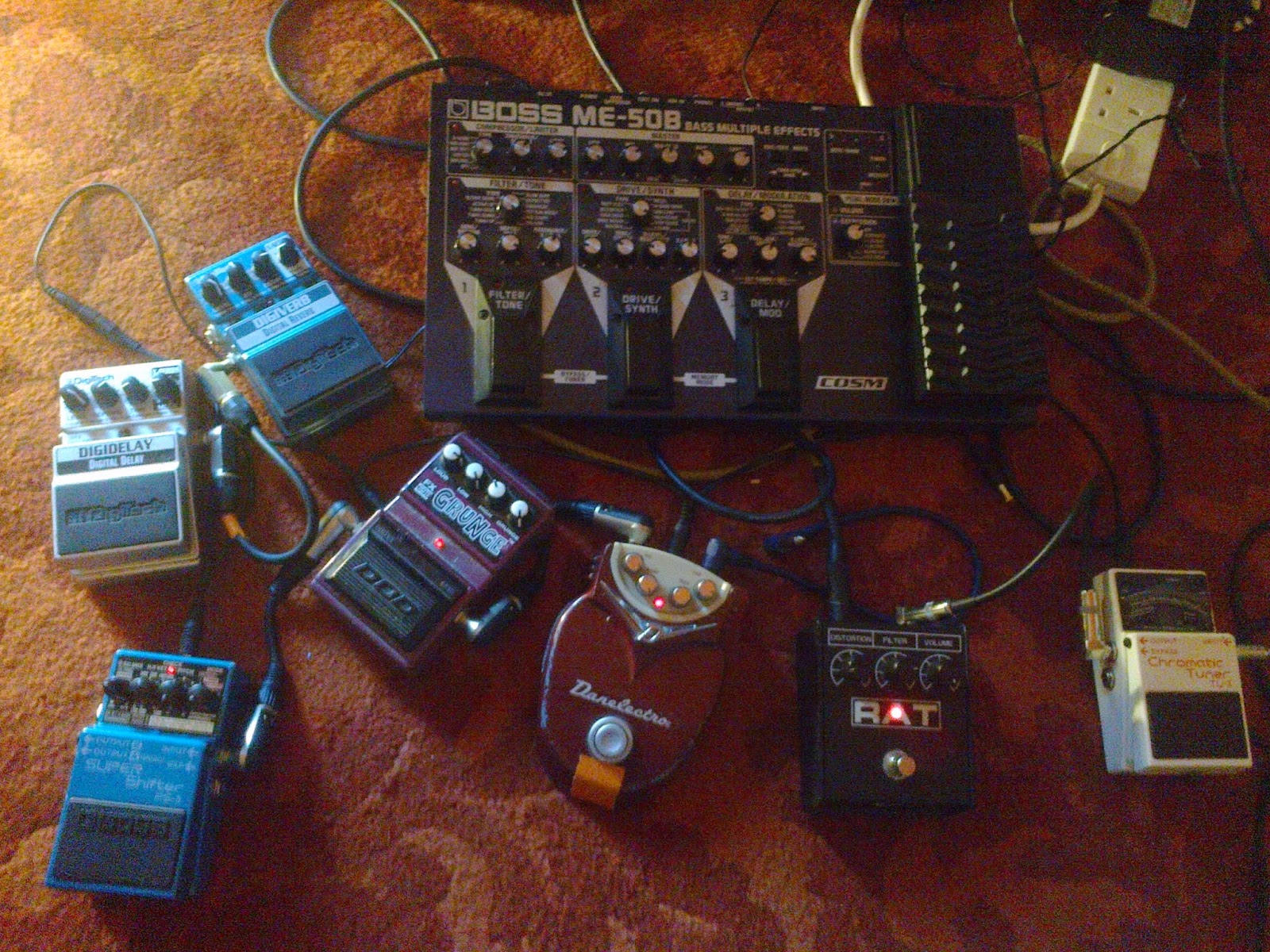 The current Future Loss project is by far the most ambitious production endeavour I've ever worked on.


We expect the album to run to two discs, with a variety of sources for the material, including live, rehearsal tapes and a numerous studio sessions conducted on both sides of the Irish Sea, using three different drummers.

In the intervening period since my last post, Brian has been a regular guest at Colerabbey, putting down more guitar parts. 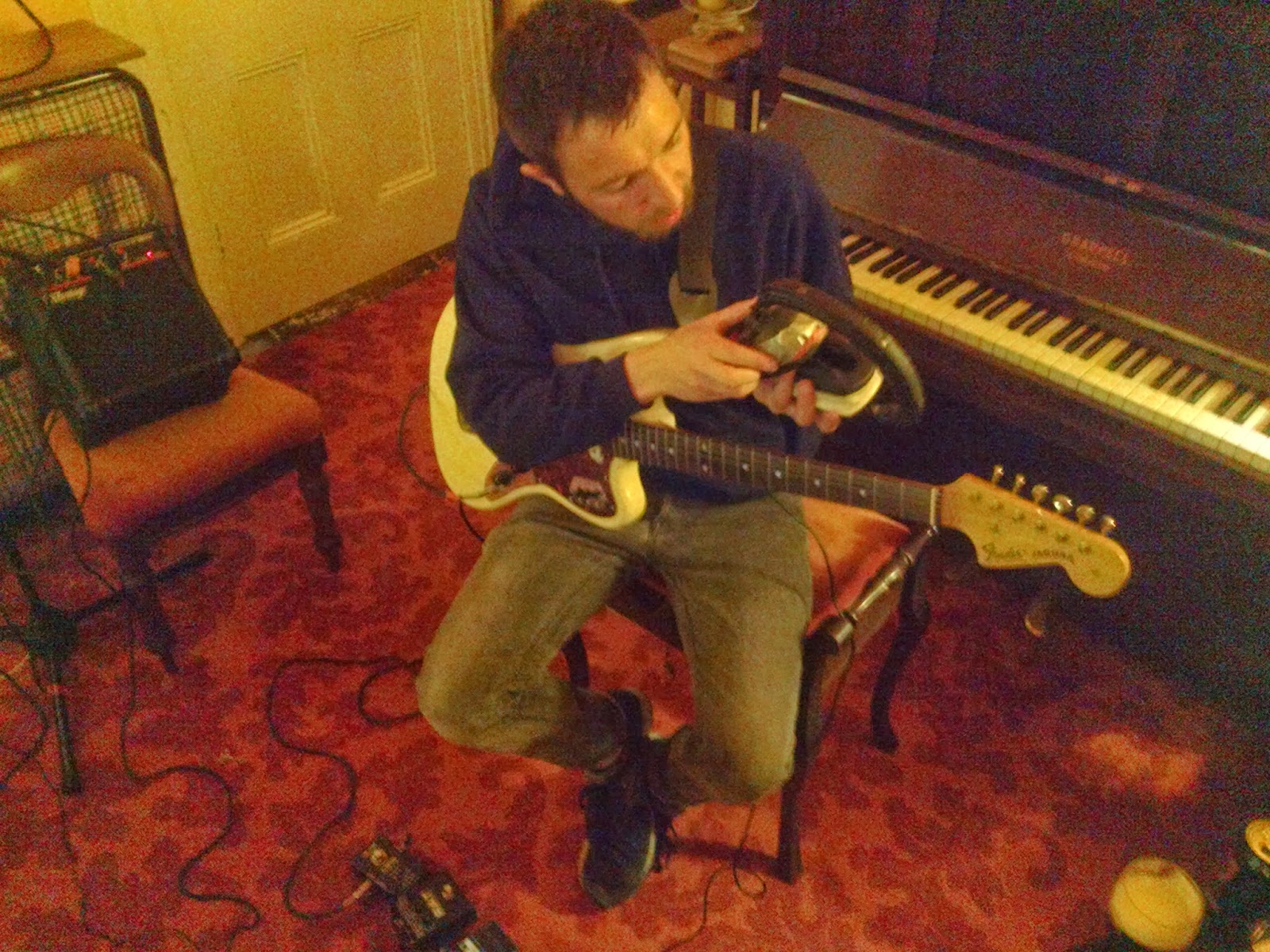 I've also concluded a full sweep of the material with the synth battery, now fully operational.  This room has always been my preferred space for tinkering away, trying to eek out new sounds. 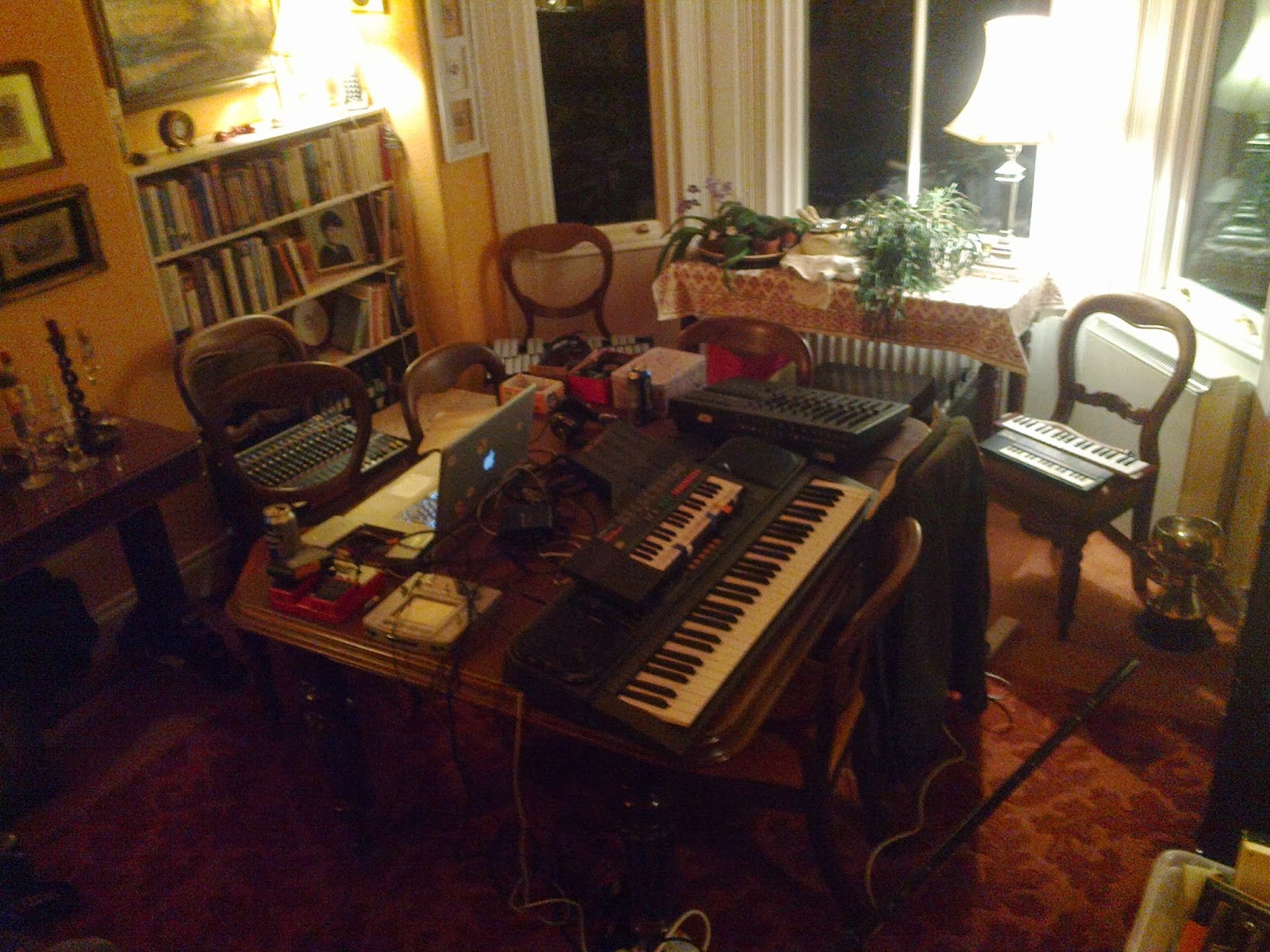 Synths have been routed through bass amps, Kaoss Pads, pitch shifters and delays. 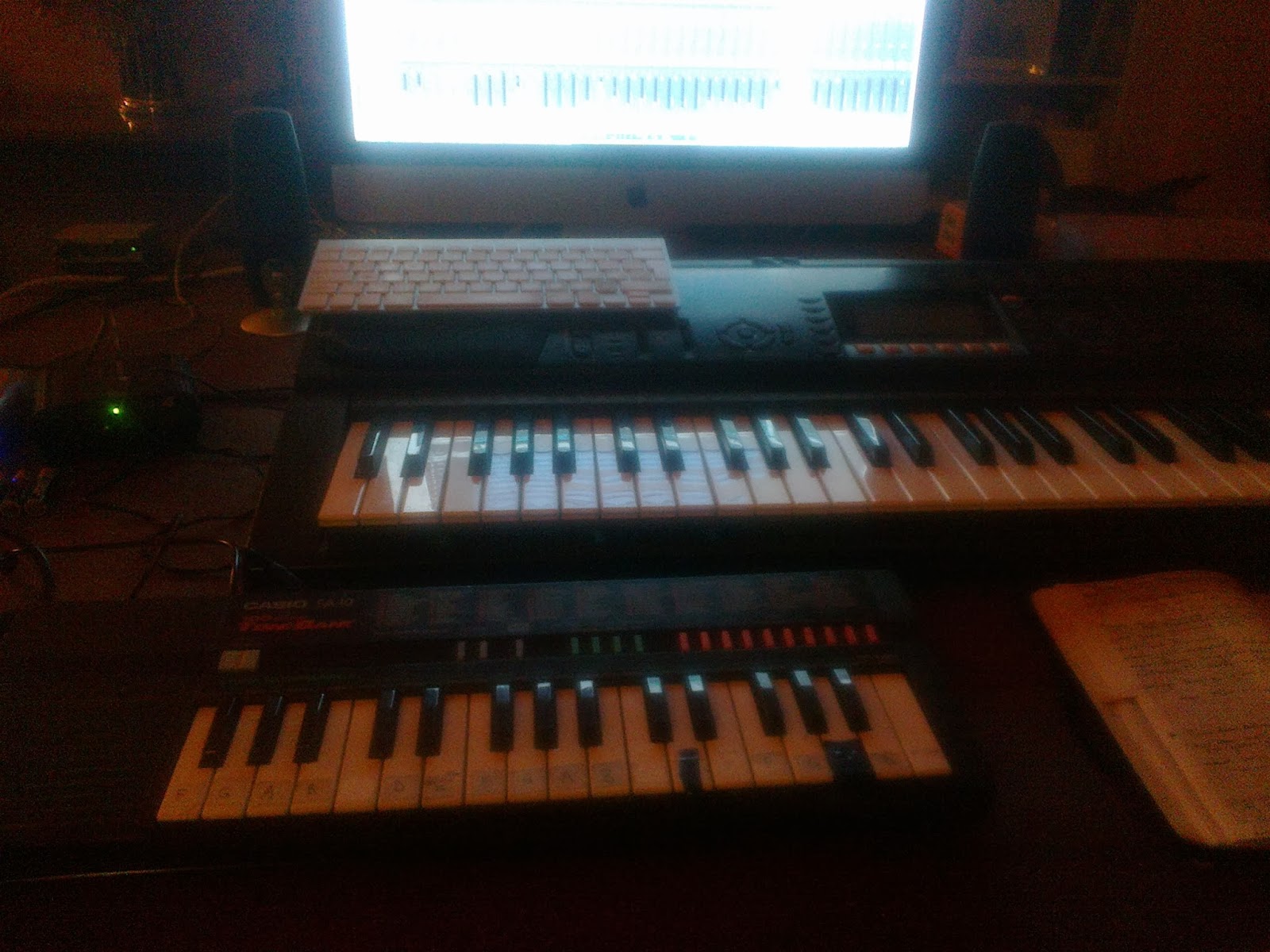 Percussion parts have used the piano casing to add a woody, dry reverb to their parts. 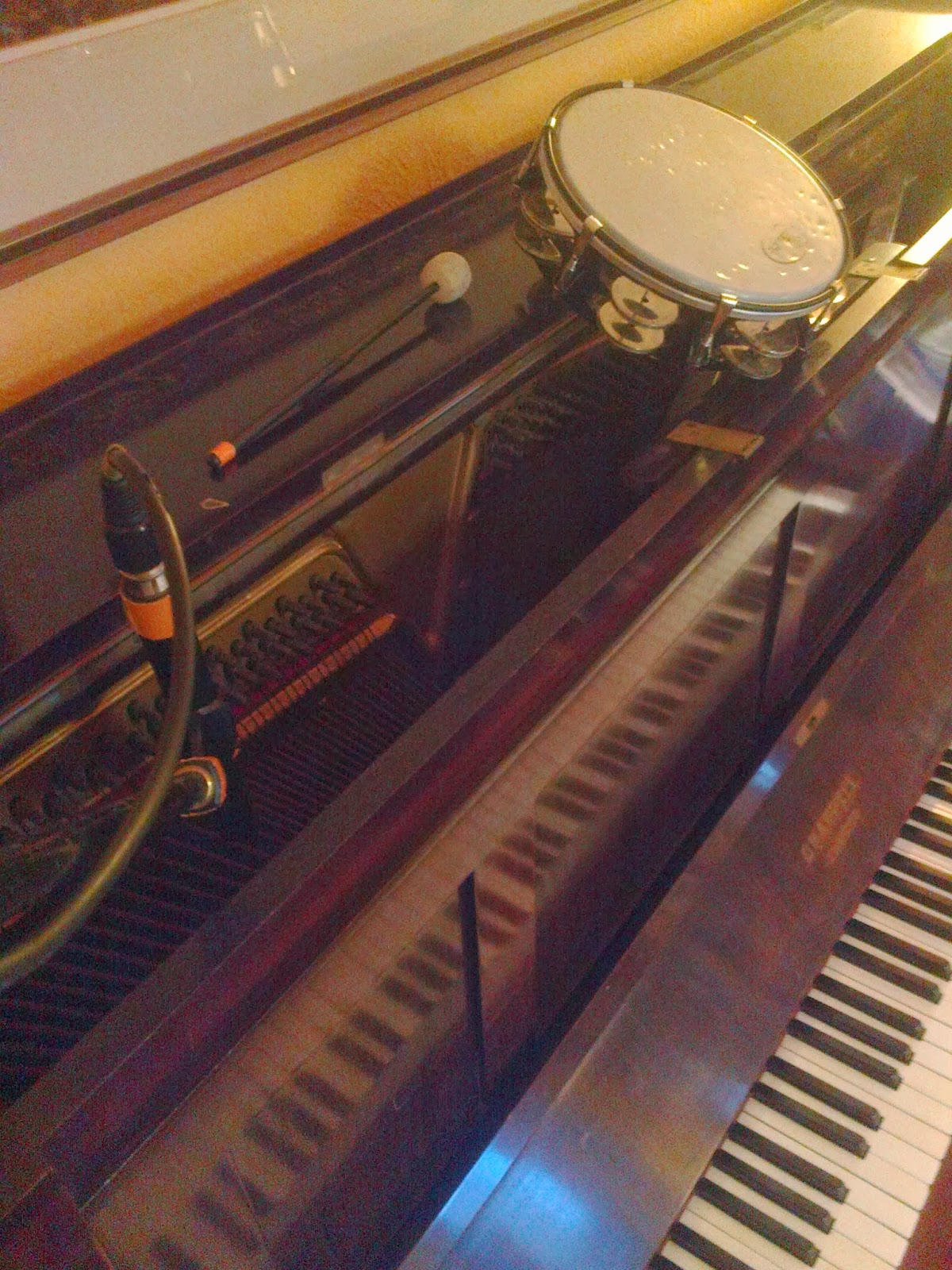 Piano has been rinsed through my old Yamaha 8-track tape recorder, using the on-board pitch shifting feature to add an odd effect.

The process behind this particular treatment is deserving of a post in itself, except that it's so confusing to explain... what with all the pitch shifting up, down, left and right that it took to wash the parts through the machine at different speeds and pitches, but still end up being in time and in tune when bounced back into Logic.  Most of the parts at this juncture were going through various outboard units too, to ensure the accompanying echo and delay effects received the same treatment. 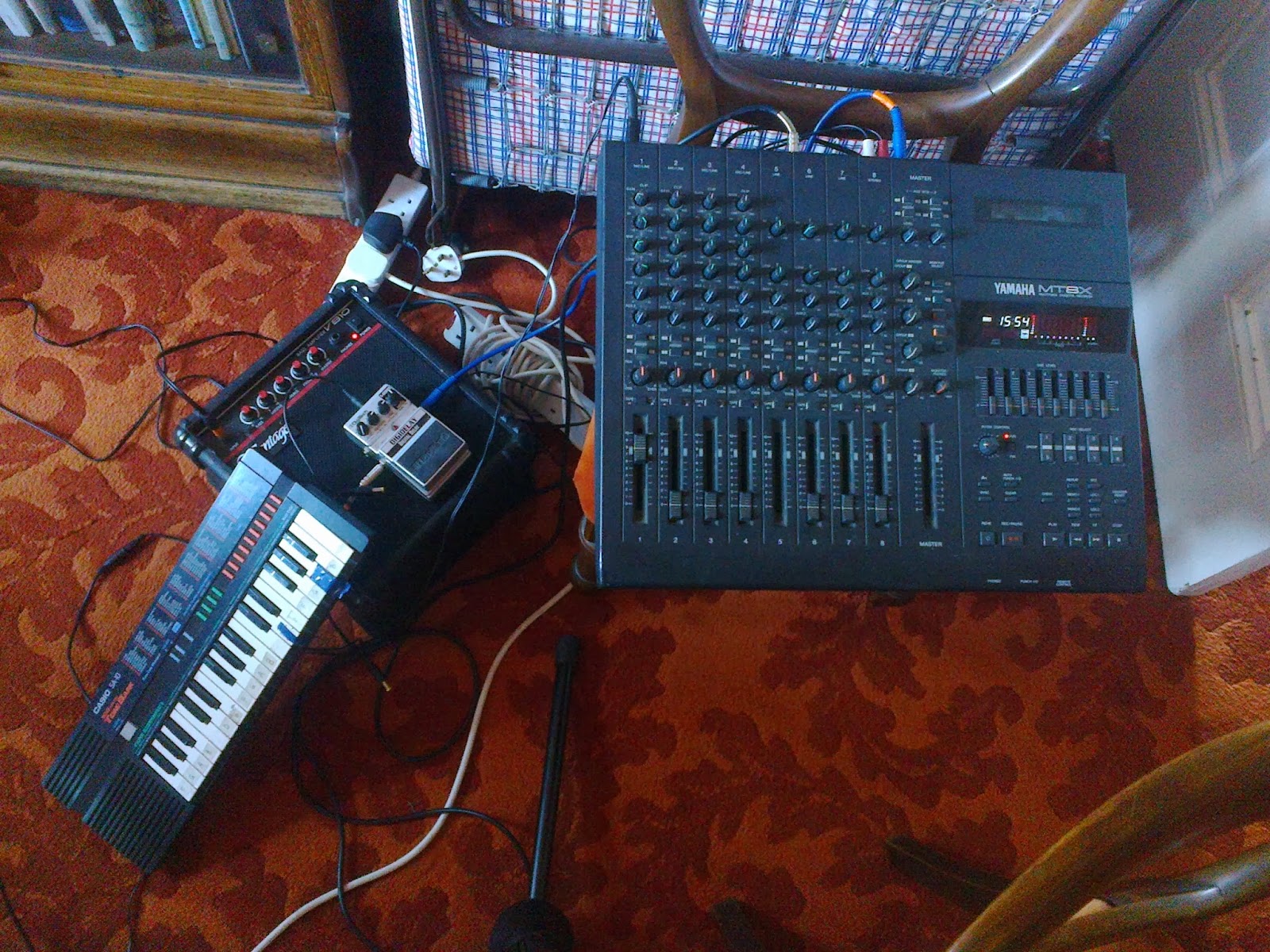 There was even cause at one point to lay hand on a tin whistle.

The arrange pages have been growing steadily.  The time spent recording has been minimal compared to the time taken paring down the various parts, to ensure things don't get too cluttered. 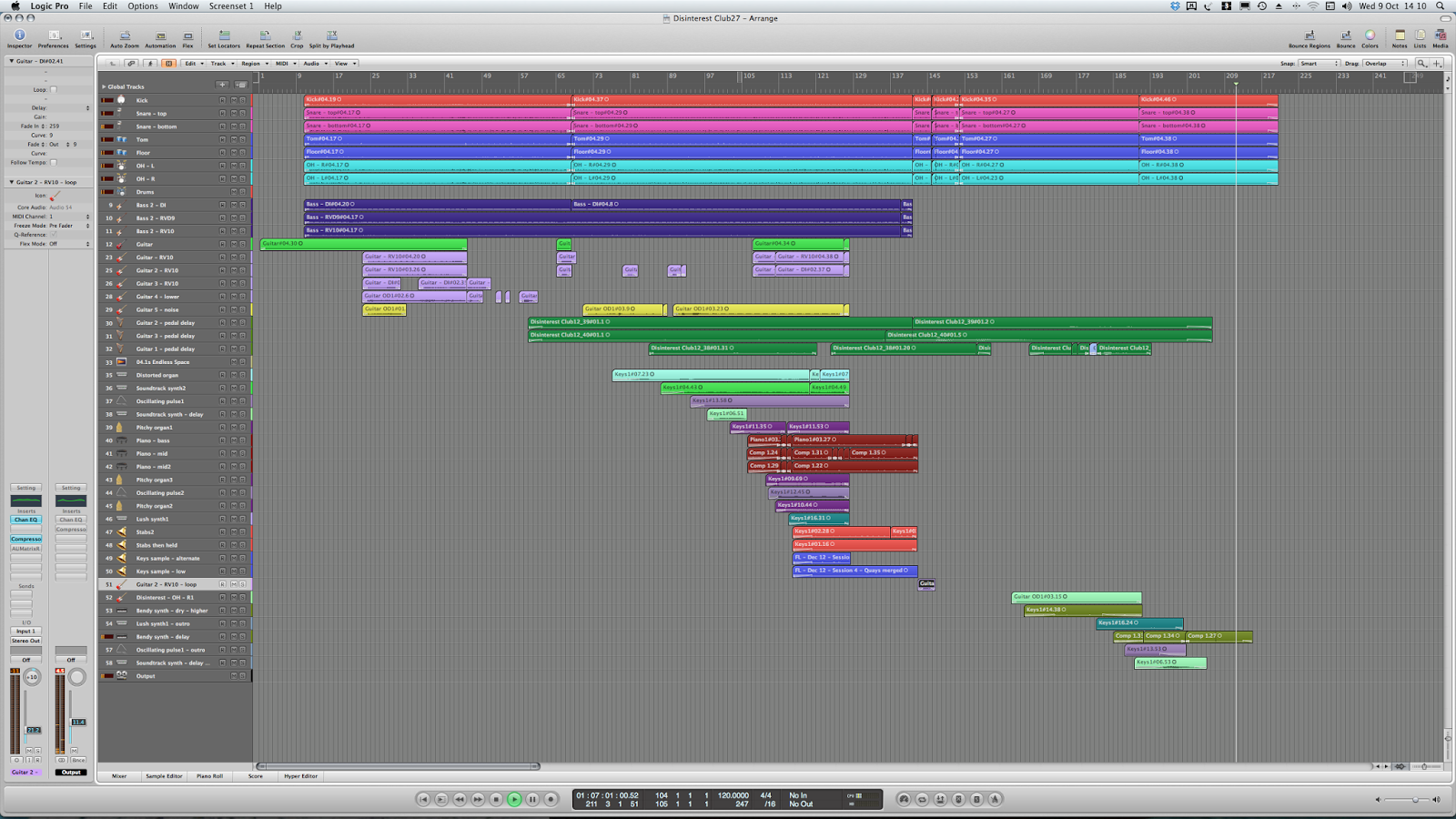 In some cases, the amount of additional parts added to a piece has overflowed into an entirely new arrangement.


One song - Memory Of This Love was lacking drums.  I was able to salvage an isolated section of Brian playing simple floor tom and snare from a rehearsal tape, and bend it into time with the studio version.