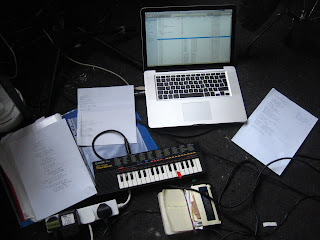 April saw more work on Future Loss, as Brian and I moved closer to an altogether loopy, vast sound.  Alex and James were along for the ride in a couple of sessions, while other days were spent triggering samples and making noise as a duo.

Plans were made for a protracted visit from Brian in November; where he and I would barricade ourselves behind an impoverished wall of delay and Jesus Lizard, with the express desire of Finishing Something and possibly also Having A Proper Go At It.

Below are the results of the preliminary trials:

June brought a bass session for Ian Courtney's record, which despite the sporadic sessions is quite close to completion.

Brian returned in August, to record properly with Alex and James, revisiting the big tunes that we had sketched out during the past two sessions.  We also took advantage of the studio set up to write more material that featured terrific noise. 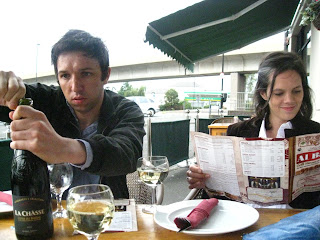 Throughout this time, artistic output was scarce.  Commitments in other areas of my life meant recording, mixing, playing live and furthering the question of What Happens Next were effectively put on hold.